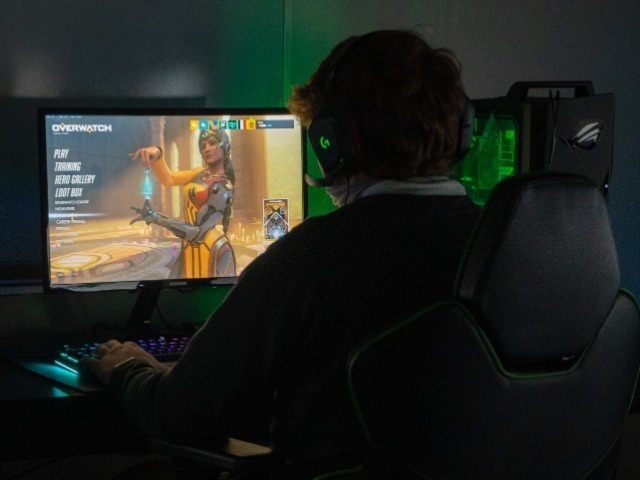 Middle School Girls Basketball
from Coach Ward
The Varsity Girls opened 2021 with a pair of dominating victories. On Tuesday, the Pioneers defeated Cornerstone Christian 41-18 behind a balanced scoring attack, great ball movement, and a stifling defensive effort. Anna Schepmann led all scorers with a season-high 17 points, with additional scoring from Lanie Ward, Elisabeth Hergenrader, Jordyn Mayo, Sydney Wade, and Arizona Alvarez. On Thursday, the girls traveled to Holy Spirit Episcopal and game home with a 32-8 victory. The Lady Pioneers once again played an amazing game defensively, taking a 32-0 shutout into the fourth quarter. Schepmann eclipsed her season-high from just two days prior with 20 points, with additional scoring from Hergenrader, Alvarez, Wade, and Evynn Kubicek. The girls close out their regular season this Friday at Cypress Christian before participating in the GHAC Tournament beginning next week.

The JV Girls played a tough game on Tuesday, losing to First Baptist. Elizabeth Koza was the team's leading scorer. On Thursday, the girls played their best game of the season against St. Mark's Lutheran, ultimately losing 14-8, but putting up a great team effort along the way. Madison Jones and Hope Gonzalez were the team's leading scorers for the game. The girls close out their season this week with a home game against Grace at 4:00 on Tuesday and a road game at Abiding Word on Thursday.

High School Girls Soccer
from Coach Jenkins
The Lady Pioneers played two district games last week, losing 3-0 and 7-0 to Fort Bend and Second Baptist respectively. The ladies have been working extremely hard, dealing with various injuries and players missing for quarantine. We look forward to playing our last two home games of the season, Tuesday against Woodlands Christian and Thursday against Frasatti Catholic. Both games are at 5:00pm

Middle School Girls Soccer
from Coach Hoch
The Middle School Girls’ Soccer team had two games this past week. On Tuesday, they were on the road to play HCYA. The girls played very well as a team and were able to put three goals in the back of the net. At the end of the game, the girls pulled out a 3-1 victory. On Thursday, they had a home game against Emery. The girls connected passes and created opportunities to score as a team. When the final whistle blew, the girls had defeated Emery 6-0. This week the girls have an away game on Tuesday against Grace at 4:00 pm and have their first Conference Tournament game on Thursday. Congratulations girls!

High School Boys JV Basketball
from Coach Schroeder
Last week the JV boys basketball team split their first two district games. On Tuesday the boys traveled to Frassati and won by score of 67-64. The Pioneers were led by Levi Lewis with 12 points, 5 assists and 4 steals. Matthew Rhodes, Hunter Teichman, and Jonah Weber each had 7 rebounds to share the team lead in that category. Then on Friday, we hosted Ft. Bend Christian. It was a hectic and high scoring affair, but Ft. Bend came out on top, 75-58. Lewis lead the scoring with 18 points. Thomas Kuhlow pulled in 10 rebounds Jonah Weber had 4 steals for the home team.

Middle School Boys Basketball
from Coach Smith and Coach Tarpey
The 7th grade team played two great games this week! They started the week with a close game on Thursday vs Cornerstone. Our Pioneers came up just short of the victory but they fought to the very end! Brendon Perez led the way with 15 points, while Kash Powledge also contributed 9 points and some big shots along the way. Our Pioneers followed this close game Thursday with a dominate win the next day vs Our Savior 53-36. Viv Bhalla played a great game Friday with 14 points thanks to his ability to get to the basket at will. Sam Hergenrader also brought a ton of energy to the team as they played one of their best games of the season.

The 8th grade Pioneers had a short but exciting week as they were matched up Thursday night against St. Marks Lutheran whom had handed LSA one of their two defeats this season before the Christmas break. Although it would be a different story Thursday as the Pioneers played a great game leading to a decisive 65 – 51 victory. This was a great team victory that the whole team contributed to. Victor Coronado and Brody Smith lead the way in scoring with 24 and 13 respectively. Although in a true team effort Grant Burns and EJ Carter contributed with their best games of the season! Do not miss your last chance to catch the Pioneers at home this Tuesday at 6:00 against Grace Presbyterian!

High School Boys Soccer
from Coach Hagge
The first day back from the Christmas break saw the varsity boys soccer team take on Fort Bend. The game was a back-and-forth battle. At the end of the first half both teams were held scoreless. Starting the second half saw much of the same. Midway through the second half LSA broke the tie and found it’s way into goal. Noah Roberts scored the lone goal with an assist from Eli Garrabrant. Braden Leimkuehler had seven saves to help in preserving the 1-0 victory.
Later in the week the Pioneers were to travel to Second Baptist to take on the Eagles. With the rain that come through moved the game to LSA. The Pioneers got on the board first and took a 4-1 halftime lead. South came out strong in the second half to extend it’s lead and take home a 6-1 win. Goals were scored by Jace Windom, Nick Hatch, Noah Robert, and Eli Garrabrant. Assists were contributed by Nick Hatch, Jace Windom, and Eli Garrbrant. Braden Leimkuehler had 6 saves in goal. The soccer team is action again this week with home games on 1/12 against Woodlands Christian and 1/14 against Frassati.

Middle School Boys Soccer
from Coach Brumm
Middle School Boys Soccer started the 2021 year off with a bang. Our first day back we had a game against HCYA. It was a fun match. The defense allowed a goal within the first 2 minutes of the game. After a serious pep talk by Coach Brumm, the defense held the line until the very end…almost. During the very last minute they gave up their 2nd goal of the game. The only redeeming part was that the offense was able to put two goals away late in the 2nd half to force a tie and shootout. The offense was spearheaded by Ben Edwards with an assist to Ryan Jackson and a solo goal. During the shootout, Blake Jones and Kaden Calderone were able to score. Going into the last shot of 5, with the score 2-2, Ben Edwards again had the opportunity to win the game with a successful penalty kick, which he did. LSA won the shootout 3-2. Their 2nd game was on Thursday against rival Emery. They already played them just before the Christmas break and lost in a close 0-2 match which could have gone either way. Having them come to LSA brought our spirits up having the home field advantage. Defense allowed an early goal, but we are used to that now and we're able to answer with two goals for another LSA victory. Ryan Jackson had another goal, assisted by Ben Edwards to tie the game in the 1st half. The entire 2nd half was a close match until the end when Ben drove down the field to the right corner. He crossed it in and 6th grade Cade Rinando was able to secure the ball and put it into the net for the winning goal. Keep up the good work LSA Middle School Boys Soccer! 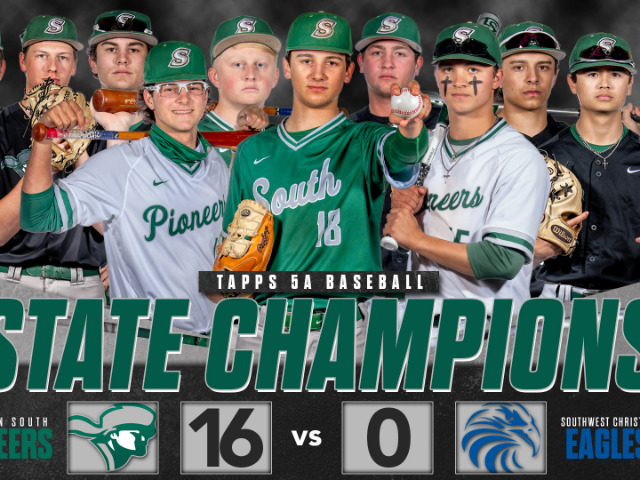 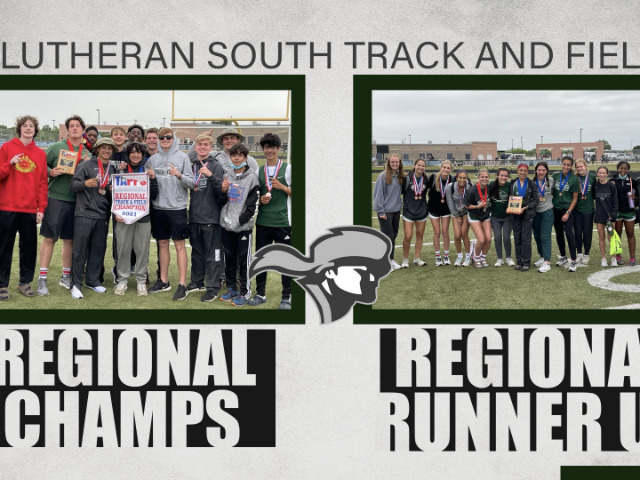 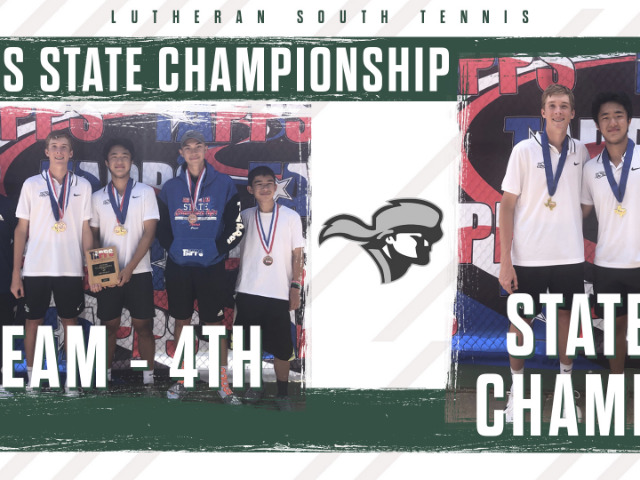